The History of Banjo-Kazooie! 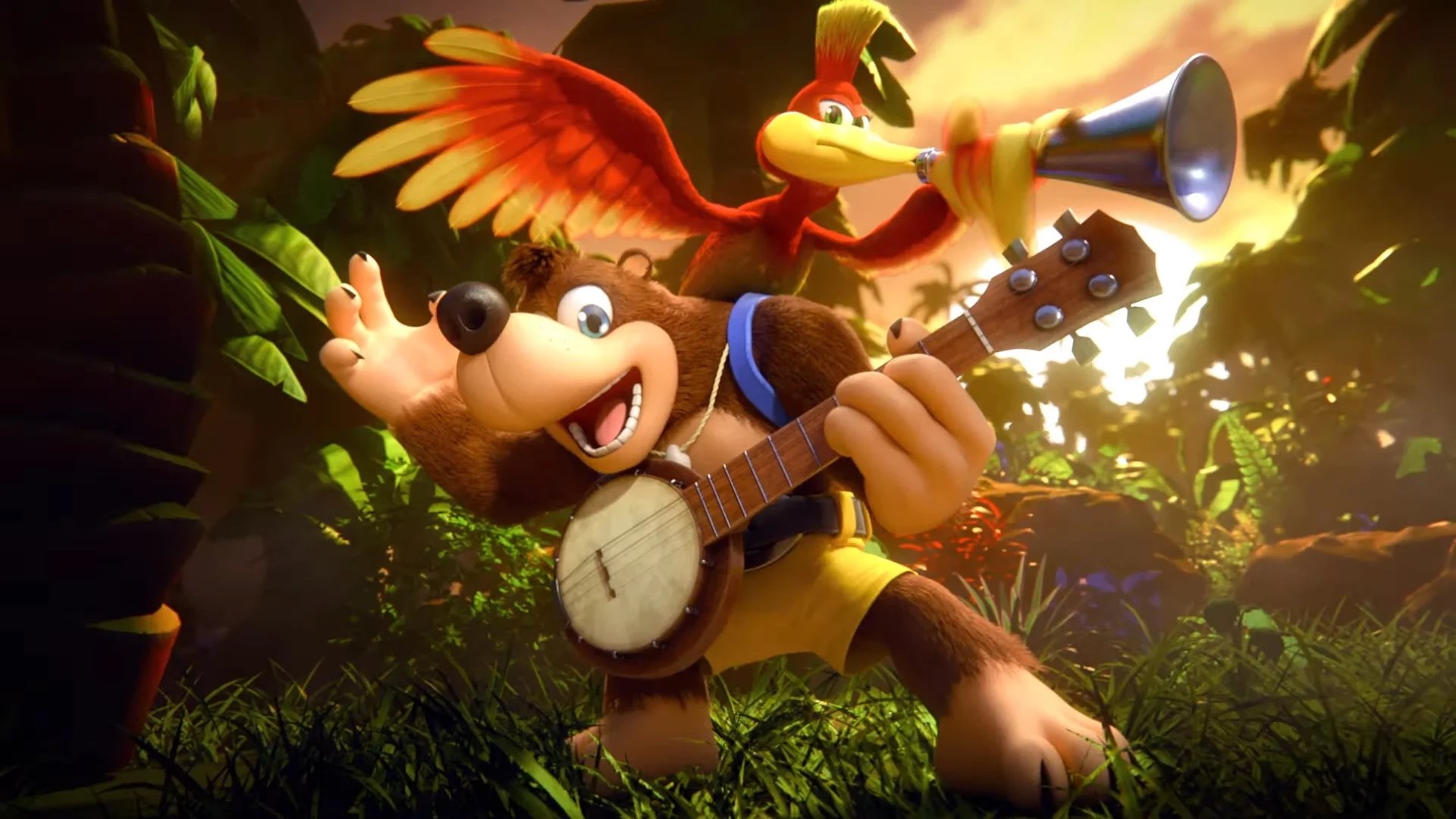 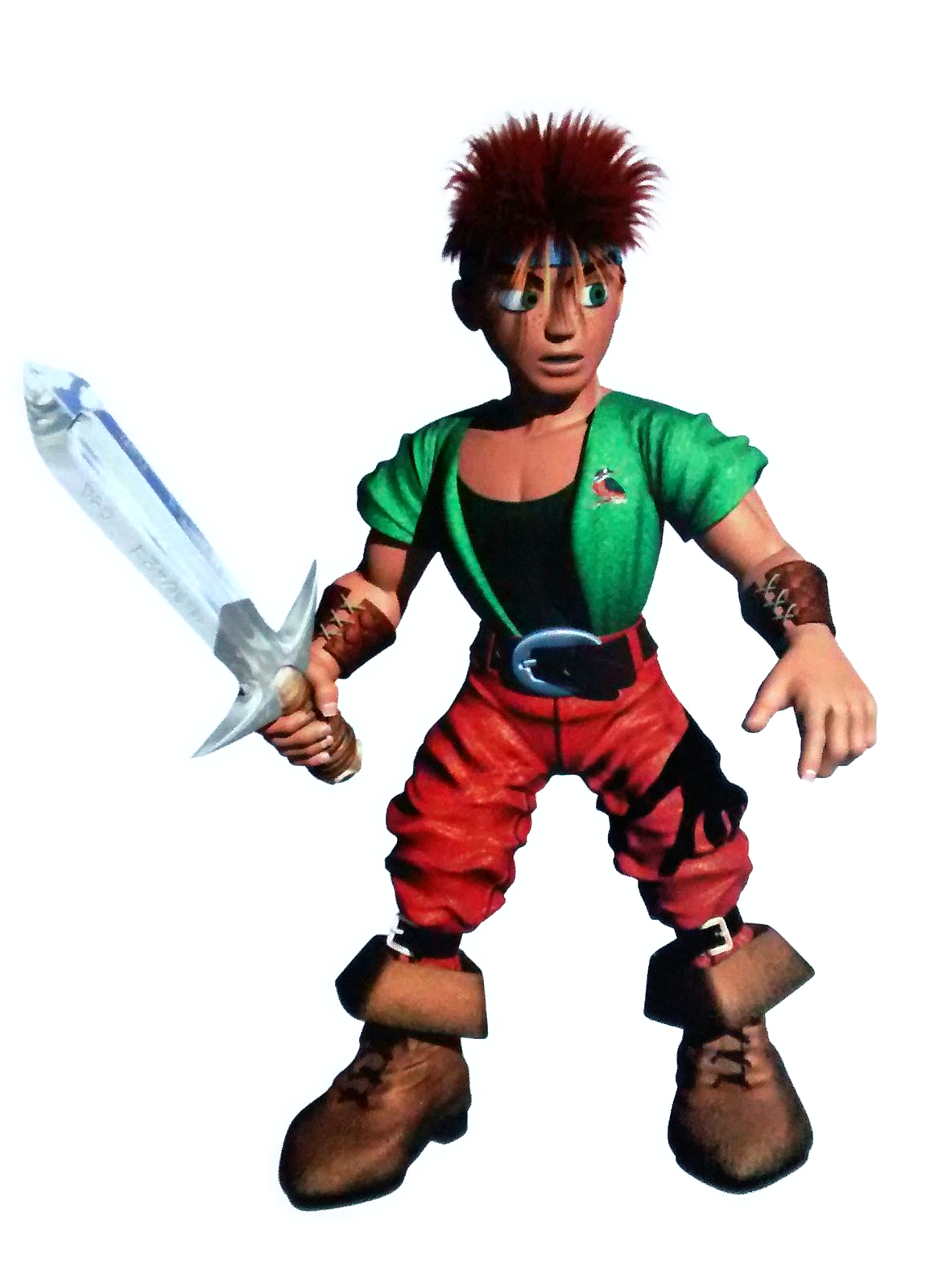 Banjo-Kazooie originally started out as a 2D RPG (role-playing game) called Project Dream. It starred a boy named Edson who had run into some pirates and had to defeat them. It had many changes throughout its development. One of these changes was the genre of game. The game was originally supposed to debut on the Super Nintendo Entertainment System but was moved to the N64. This changed the genre to a 2D platformer during development and then finally to a 3D platformer to rival Mario 64. While in the 2D platformer stage, they also changed the character of Edson to a rabbit and then a bear named Banjo. When deciding how Banjo should be able to jump and get across pits, they added a bird into his backpack so he could fly. This bird later became Kazooie. When they changed the genre to a 3D platformer, they scrapped everything except Banjo and Kazooie, although they had some design changes. Banjo originally had a huge sword! It is weird how Banjo-Kazooie was supposed to be an RPG but I am happy that we got the 3D platformer that we did. I do wonder if Rare will ever try to remake Project Dream the way they first envisioned it because I would love to see it. 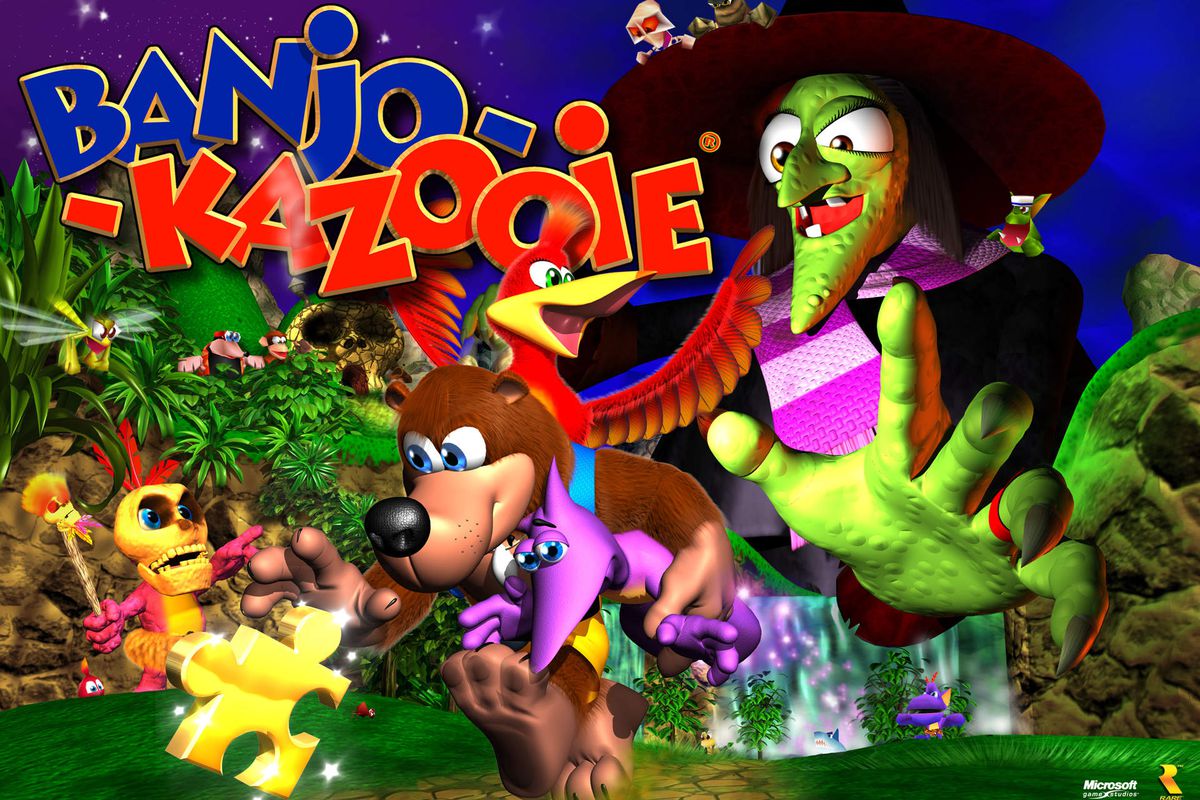 Banjo-Kazooie is about a bear named Banjo with a breegull (a type of bird) named Kazooie in his backpack. The main plot of the game revolves around the premise that an evil witch named Gruntilda finds out that a young girl named Tooty (Banjo's little sister) is prettier than her. Naturally, she wants be prettier than Tooty and therefore, kidnaps her in order to steal her beauty. While the story is a bit lacklustre (certainly sounds like a well-known fairy tale), the characters and gameplay all make up for it. Everything in this game is alive and they all have different personalities. The main side characters include Mumbo Jumbo - a shaman who transforms Banjo and Kazooie into different animals, Bottles the mole - a mole who teaches the player different moves, and Klungo - Gruntilda's assistant. Although these 3 characters are prominently seen in the game, there are other side characters and people you help out who have unique personalities as well! Clanker is a robotic shark who works as Gruntilda's garbage diposal, but Banjo breaks him free and removes garbage from inside him. Brentilda is Gruntilda's good sister who wants to help Banjo-Kazooie by giving them information about her sister. This information is vital because, although the facts may seem useless at the time, they help out in the final boss if you can remember them. Captain Blubber is a sea captain who has lost his treasures and Banjo has to find them. The list goes on with characters such as Conga, Dingpot, Eyrie, Cheato, Mr. Vile, Snacker the Shark, Loggo the Toilet, and many more charming and memorable characters! The genre of the game is a 3D collectathon platformer. This means that the player will do challenges using different abilities in order to get the different collectibles. These collectibles involve 10 jiggies, 100 notes, and 5 jinjos (which gives you a jiggy) per level. There are 9 total levels in the game and the hub world, which takes you to those 9 levels, also has 10 jiggies in it. Jiggies and notes are needed to unlock new parts of the hub world and new levels, so the player will feel like they are progessing forward. Overall, I think that Banjo-Kazooie is an amazing game and I wish to see more from this duo of heroes. 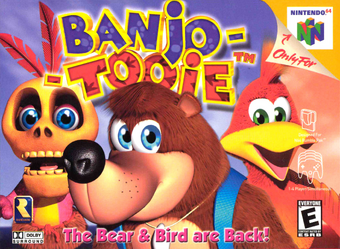 The original Banjo-Kazooie has spawned 4 sequels and spin-offs. These games are Banjo-Tooie, Banjo-Kazooie: Grunty's Revenge, Banjo Pilot, and Banjo-Kazooie: Nuts and Bolts (I'll talk about that later). Banjo-Tooie is the sequel to Banjo-Kazooie and got mixed reviews. Everyone liked the game but some thought that it tried to do too much while others thought it was perfect. I have not played the game so I do not have an opinion on it but I have heard that while it is lacking in some areas, it is very innovative and unique. Banjo-Kazooie: Grunty's Revenge is a game on the Gameboy Advance (GBA). The GBA could not handle 3D models, so this game was from a bird's-eye view but still contained elements of a 3D platformer. I have played this game for a short time and I thought that it was very enjoyable. Many fans forget about this game though and it should be more well-known. Banjo Pilot is nothing special. It is just a Mario Kart clone with planes. It is a good game but nothing out of the ordinary. While these games are great, they aren't as good as the original Banjo-Kazooie. One thing that I'd like to bring up is that at the end of Banjo-Tooie, once Gruntilda has been defeated, she says, "You'll be sorry, all of you! Just you wait until Banjo-Threeie...". Does this mean that a third instalment will come in the main series?! We can only hope!

Banjo Kazooie: Nuts and Bolts; A Change In Development 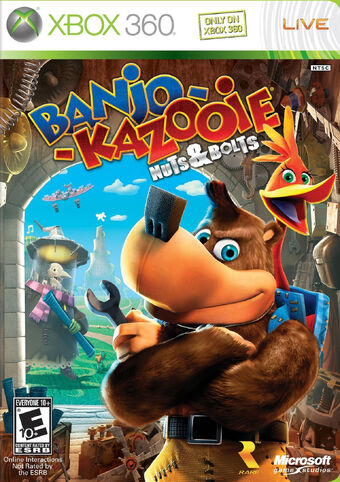 Banjo-Kazooie: Nuts and Bolts is the most recent instalment in the series. It was released in 2008 and was not well received. This game mostly scraps the platformer aspect and has the player focus more on creating vehicles. In previous games, you had free control of an area and could get any jiggy whenever you wanted. Here, there are now different missions per world. Although the game is fun, it doesn't feel like a Banjo-Kazooie game. It feels like Microsoft made a car-building game but then slapped Banjo and Kazooie on it so more people would buy it. I think that this game would have been received a lot better if Banjo and Kazooie weren't in it. Banjo-Kazooie fans hold high expectations and these were not met! Hopefully with Banjo and Kazooie in Super Smash Bros. Ultimate, they can get a resurgence with a new 3D platformer as amazing as the original.